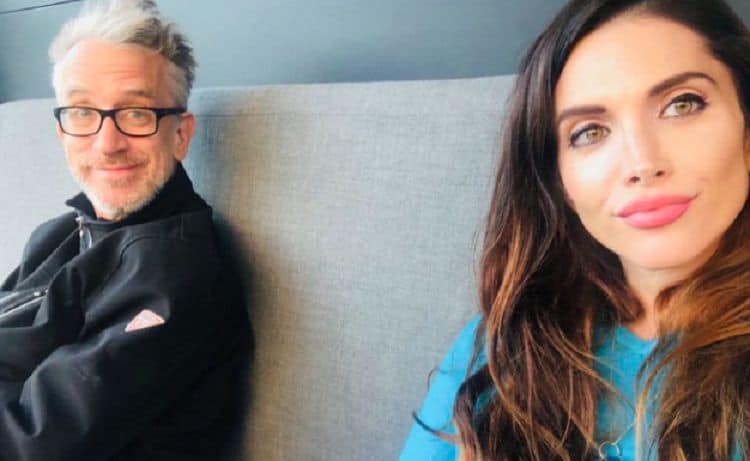 Since she has spent the bulk of her career in radio, Elisa Jordana’s face may not be one most people recognize. That said, however, she is very well-known in her industry and she has worked hard to leave an impact. She has been working in radio for more than a decade and she is best-known for affiliation with The Howard Stern Show. What began as a series of interviews eventually few into an opportunity for Elisa to be a writer on the show. After parting ways with The Howard Stern Show, Elisa went on to host her own online talk show, Kermit and Friends, which lasted for over a year. Here are 10 things you didn’t know about Elisa Jordana.

1. She Is A New Jersey Native

Elisa Jordana was born Elisa Ann Schwartz in Old Bridge Township, NJ which is located less than an hour outside of New York City. When she was just 17-years-old, she decided to relocate to the city to pursue her interest in getting into the entertainment industry.

2. She Is A Songwriter

Elisa is a very a creative person, and music has always been one of her favorite creative outlets. She started writing songs when she was in elementary school and completed her first song when she was only about 7-years-old. By the time she got to high school she was writing songs for her school’s musicals.

3. She Studied At The New School

There’s no denying the fact that Elisa has lots of natural talent when it comes to writing, but she eventually decided that she wanted to undergo formal training. According to her LinkedIn profile, she attended The New School from 2016 to 2018. It’s unclear whether or not she graduated.

4. She Is Engaged To Andy Dick

Recently, comedian Andy Dick announced that she and Elisa are engaged. The two have a more than 20 year age difference and many feel like they are a rather odd couple. Although engagements are typically happy times, things between Elisa and Andy don’t seem to be going well. According to OK Magazine Elisa said, “So I’ve been engaged for one week. It’s not going well. I haven’t spoken to my fiancé since he proposed to me, and I saw he posted an Instagram story with someone’s nipple in it.” With the way things are sounding, there is a possibility the two might never make it down the aisle.

5. She Likes To Stay Active

Elisa is the kind of person who always wants to look and feel her best and exercise has become the perfect way for her to do that. That doesn’t mean that she likes to spend every day at the gym, however. She enjoys other methods of working out including hiking.

6. She Has Some Acting Experience

Her work in the radio industry is what Elisa has become most widely known for, but she also has some on screen experience. She made her acting debut in an episode of The Bold and the Beautiful in 2013. She also made an appearance in the movie Sharknado: The 4th Awakens.

7. She Is An Original Member Of Cobra Starship

Writing songs for school musicals isn’t the extend of Elisa’s work as a musician. She was one of the original members of the pop band Cobra Starship. The group is best-known for its 2006 single “Snakes on a Plane (Bring It)”. The group officially disbanded in 2015.

8. She Is A YouTuber

Creating content is one of Elisa’s favorite things to do and she has a YouTube channel where she posts episodes of Kermit and Friends. The channel also a few other kinds of videos. In the years since making the channel, Elisa has gotten more than 42,000 total views.

9. She Works For A Venture Capitalist Firm

Despite all of the success Elisa has had in the entertainment industry, she still has a ‘regular’ job. Her LinkedIn profile shows that she works as a Senior Account Executive at a company called Tower Equity. According to the company’s LinkedIn page, “Tower Equity is a Los Angeles & New York based private equity firm with holdings in Slack.com, Spotify.com, Lyft.com, Palantir.com, buzzfeed.com, planet.com, eventbrite.com and many others.”

To say that Elisa loves dogs would be an understatement. She is the true definition of a dog person and she has an extra special relationship with her fur babies. Sadly, her dog Kermit in 2020. While some may have seen kermit as just a dog, Elisa saw him as much more than that. Now that he is gone, she has made it a point to do whatever she can do honor his memory.

Here’s A Meal For Every Zodiac Sign This Week

admin - August 2, 2021 0
ABOUT US
Trending News is your news cars, used cars, entertainment, luxury cars and special tips that any one need Daily. We provide you with the latest news and Offers straight from the industry.
Contact us: contact@Digistor.xyz
FOLLOW US
© Newspaper WordPress Theme by TagDiv
Go to mobile version